Marriage
I graduated in the year 2000 with a bachelor’s degree in Psychology and moved back home. That summer was a nightmare. My weight reached the lowest I’d ever been. Clothes were falling off of me. I think my parents were worried and felt helpless because they did not understand my disorder. For so long I wanted to stand out, but I can clearly remember the anxiety I felt when my parents started confronting me about my weight loss. It all finally came out and I openly said the word eating disorder out loud to them. It was as if they didn’t know I had one. They asked a few questions. You could see the anxiety in my mother. It radiated out of her. She immediately became defensive as if it was her fault that I developed an eating disorder.
That summer, questions were asked. I was grateful they were interested and happy they were trying to understand. But I felt like they did not like the answers I gave as to how I developed the eating disorder or why.

The energy in my house became unhealthy and I knew it. Intuitively I knew I needed to look for a “big girl” job so I could move out, so I applied for a counselor job at a psychiatric hospital on the children’s floor. That fall I moved into a single bedroom apartment alone. It was the best two years I’d ever had!

I loved living on my own. Because of how my parent’s raised me and the skills they taught me, I did well on my own. I worked full time and paid my bills. I loved working at the hospital with the kids. I was good at it and I felt like I was making a difference and giving back in some way. I learned so much during those two years.

Steve and I were engaged that year. He is an amazing man. He is kind and caring and would do absolutely anything to make me happy. Isn’t that the perfect man? I thought it was, until slowly I began to learn that he had a binge drinking problem. I can remember
cursing the classes I was taking at the time because I knew it was those classes that taught me this. I remember at one point swearing I didn’t want to learn anymore because the more I learned; the more it tore my life apart.

But something inside of me pulled at me to keep going. I learned more and more about binge drinking and binge eating. Soon they became intertwined. They seemed so similar.
I began to confront my husband about his drinking which caused problems in our relationship. I remember the day I told him that he needed to make a decision; binge drinking or me. It was devastating. I remember driving to a meeting that day sobbing and feeling completely hopeless and scared. Yet in the
bottom of my chest; deep inside my heart, I knew that I was going to be okay and that I was doing the right thing.

What the heck was that feeling though? I had no idea. However, I knew it was comforting and bright; warm and good.

I finally got to the meeting where they were talking about codependency. I can remember thinking, “Are you kidding me?” So I did what I always did when I learned a new word. First I researched it online, and then I went to the book store. The bookstore is one of my favorite places. We have a love/hate relationship. Education was the key to freedom, but it was also the key to my pain. The more I learned, the more I lost, or so I thought.

My hope in telling you my story is to help you to uncover yours. My guess is that you can relate to some of the feelings I felt and the experiences I went through. To continue reading more about my journey with self-renewal, check out my book, “RENEWED:  A Mind, Body, Spirit Approach to Self-Renewal”.  If you would like to learn more about how I can help you to find peace and balance in your life, please visit my website at www.mindbodyspiritcounseling.net.  To join a RENEWED group or attend an upcoming 5 Week Transformational Workshop, please check out the Events at Mind, Body, Spirit Counseling.

One thought on “My Story Part 2” 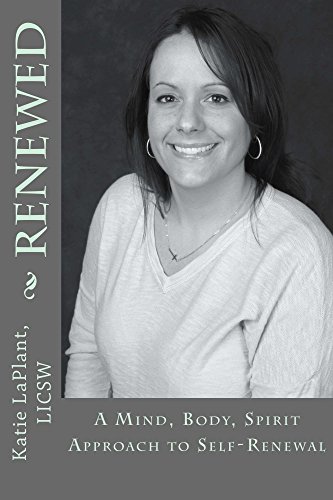